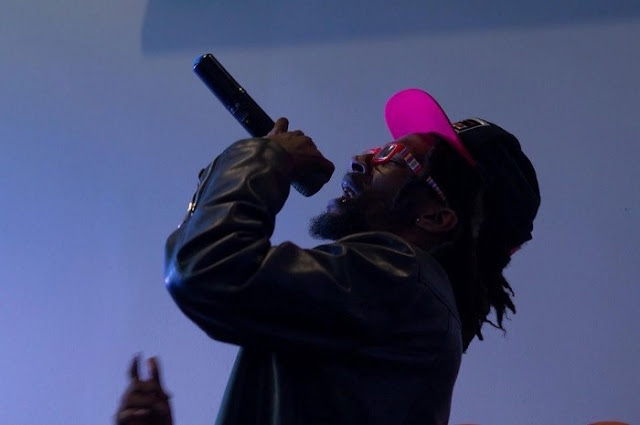 Superstar Kay developed a love for music at an early age when his aunt encouraged him to sing in church. Initially, music was just an interest, and fashion design was his passion. In 2001 he established Khyng-Jayden Productions, later signing producers Akitak (Memphis, TN) and Chase (Houston, TX). In 2012 Superstar Kay partnered with Fatima Carter to establish 937 Magazine, an online publication catered to independent artists. After a year, he decided to place 937 Magazine on hiatus and went back to focusing more on producing. Superstar Kay began writing and donating his voice to hooks to make himself more appealing as a producer. In 2015, he opened his third studio, The Shadow Gallery, and added engineering to his resume. In late 2016, he decided it was time to emerge from behind the scenes and become a recording artist. Since 2016, SuperStar Kay has released two studio albums (with the latest consisting of 60 tracks), seven playlists, and eight singles. His singles “Club Lights,” “Overtime,” and Pilots” have received a large number of plays and positive reviews. He was named “Artist of the Week” by NapRadio.com, featured in Straight Official and NUTTS Magazines, and interviewed on several internet radio shows and podcasts. He has performed throughout his hometown of Cleveland, Columbus, Pittsburgh, and Indianapolis.

SK: Elite. I put myself into each track. I always try to find a different avenue for delivering songs than the average person would.

SK: It flows through emotion. Whatever mood I am in, there’s always music for it. I don’t burn out. Creating is therapeutic for me. It’s how I release. As long as I am still breathing, emotion is always used to express everything. 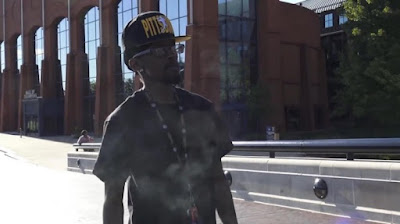 LS: What was the most defining time for you?

SK: Taking the stage in front of my mom, in my hometown. It was her first time seeing me perform, and it meant the world to me to have my family and loved ones there to support me.

SK: I always aim to deliver the best product possible. I strive to make music anyone can relate to while avoiding being boxed in as an artist. I try to put myself in the listeners’ shoes and think about what they want to hear.

LS: You are a very accomplished producer and artist. You have been the music behind many popular sounds. Tell us about the concept behind your latest release, the song?

SK: With my single, Wan More Luv, I wanted to express my emotions behind love and my desire to get a person’s one hundred percent in a relationship. I gave it a reggae/island feel to add a different texture to conversations or situations we’ve all had or desired. It adds a bounce and a different groove; I just hoped the listeners would relate to it.

LS: There’s a high cost to pursuing and pulling your vision together. Who is your biggest support system throughout your journey?

SK: I’m lucky enough to say that I have a lot of people in my corner rooting for a great team. However, I would have to say that my biggest supporter is my cousin Chaqondabeat. He’s pulled long hours with me in the studio and has been the producer behind quite a few of my tracks. He gives me honest feedback by telling me what works and doesn’t.

LS: How do you think COVID has affected the music industry?

SK: COVID has affected the music industry tremendously. It has forced people to go more digital/virtual than initially intended, and it’s boosted many sales due to people wanting an outlet and entertainment. It has also given artists much time to get more work done at home while forcing more creative efforts to market and reach fans. It has its benefits, but it has also put a dent in artists’ ability to go out and perform. 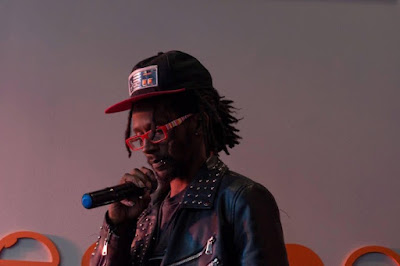 LS: You inspire so many in the music industry. How does that make you feel?

SK: It makes me feel solid. I feel honored knowing that people look at me in that way. I still see myself as a kid for the most part, and for others to look at me that way does a lot for me.

LS: If you could change anything about the music industry, what would it be?

SK: I would delete streams altogether and force people to go back to buying discs or hard copy mediums.

SK: Don’t stop! Music is timeless. You’re not getting too old for it. If your competition gives one hundred percent, then you give a thousand. Keep chasing your dreams.

LS: What is next for Superstar Kay? What will your top priorities be moving forward in your career and brand?

SK: My priorities are the same: to deliver the best music possible to my listeners and fans. Next, I plan to get back on stage and deliver powerful performances with some guest features. There may or may not be an album in the works.