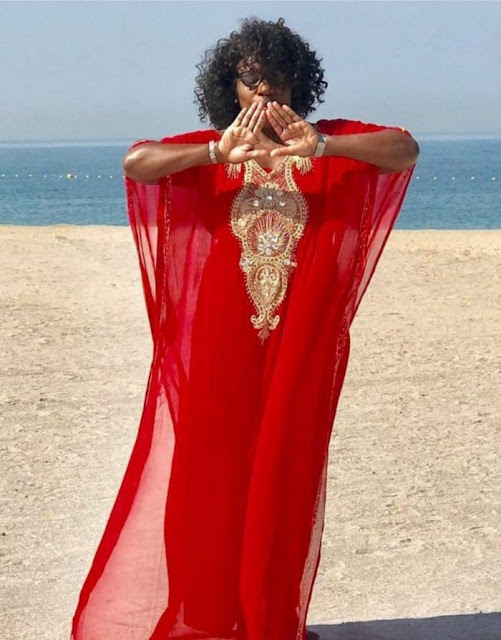 Victoria Christopher Murray trailblazed the literary scene penning more than 30 novels, co-writing with other authors, and ghostwriting for top talent across the country. A few of her novels include Greed, Envy, Lust, Wrath, The Ex-Files, Lady Jasmine, The Deal, The Dance, The Devil, and Stand Your Ground, which was named a Library Journal Best Book of the Year. Victoria is also the co-author of the anticipated novel The Personal Librarian, which will be released on June 29, 2021. A native of Queens, Victoria earned a B.A. in Communication Disorders from Hampton University and an MBA from New York University. She spent ten years in Corporate America before launching her entrepreneurial venture, a Financial Services Agency for Aegon, the USA, where she managed the number one division for nine consecutive years. Winner of nine African American Literary Awards for Fiction and Author of the Year (Female), she is also a four-time NAACP Image Award Nominee for Outstanding Fiction. She splits her time between Los Angeles and Washington, DC, and Victoria Christopher Murray shows no signs of slowing down.

LS: A black woman who can write is powerful. What does the power of your pen mean to you?

VCM: Oh, that’s interesting because I’m doing an event soon and the theme is “Power of the Pen.” Both two words say exactly what it means to me. See, there is power in our pen, and there is power in the words that we use our pen to write. And no one can tell our story better than we can. One of the things that I think we have to remember is when having this power that we have to remember that we have a legacy that is part of history. And we need to take that seriously because we’re leaving our present for the future.

LS: How do your passion and creativity flow?

LS: Are there things that you need to do when you’re in your writing mode?

VCM: No, but I’ve always had a separate room that I never use for anything but my writing. 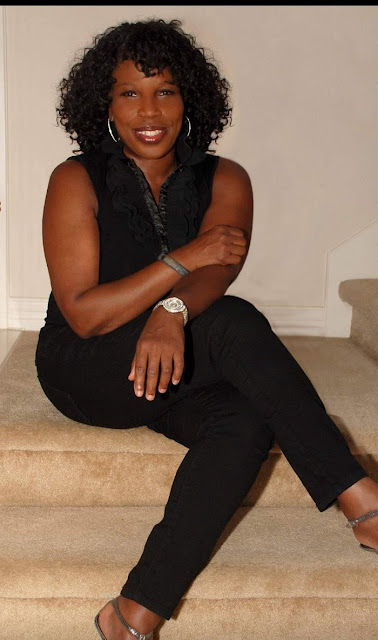 LS: You have a million things on your to-do list daily. How do you manage your time to prevent burning out?

VCM: Well, the being burned out… I don’t know if I can prevent that. For the first time in 20 years, about a month ago, I told ReShonda that I was really worried about myself. Because the number one thing that has become difficult for me is all the calls, texts, and requests daily. Everybody wants something from me. Then the challenge becomes if you get 50 calls a day, how do you respond to all 50 people asking you to do something for them? So that becomes a little tough, and I must remember that I’m a writer. So, one of the things that I’ve had to do was cut back on some things, like teaching writing workshops. Even though that’s something that I love. I have to be very careful about what I put on my plate. Nicole, my project manager, has been wonderful, looks at times, and spaces out many of what I do. I have learned you’ve got to take time to breathe and learn how to start saying no.

LS: You are a very accomplished author, ghostwriter, and publisher, but a lot of people don’t know you write for shows as well. Tell us how this came about? Which show(s) do you write for?

VCM: Yes, right now I’m only writing for ‘The Rich and The Ruthless’ with Victoria Raul, who used to play Drucilla on The Young and The Restless. That came about because she felt that I could do it, so when she asked. I told her…you kidding me? I can’t do that. She’s told me, “Yes, she can.” And I did it. I really enjoy writing with Victoria Raul. I’ve taken some scriptwriting classes because I really would like to learn that part of the business.

LS: You have become a pioneer for African-American Authors in books and film. How does that make you feel?

VCM: You know, I don’t think of myself as a pioneer. I am grateful that if I can open the door for other people, I’m happy with that. If I do my job well, then all I’m doing is laying the groundwork for other people. Creative things are so different, Lissha. If you are following in my footsteps, make sure that you’re coming through with excellence.

LS: Tell us about the vision behind the 7 Deadly Sins book series?

VCM: I was going to write the series with Vicki Stringer; this was back in 2014. And I’m not kidding; within a month, she was like, “I’m not doing this anymore.” That was when she decided to leave writing behind. But she said, “You know what, Victoria, you really should do this because it makes sense with your brand.” But because the idea wasn’t mine, I wasn’t feeling it. So, I went on to write Stand Your Ground which was my next book. That book did very well, and I won so many different awards for it. So, when writing my next book, I was intimidated by my own success. So for the first time in my career, I didn’t have a book in 2016. I needed to find the book that was so different from Stand Your Ground because Lust came out right after Stand Your Ground so that people wouldn’t compare it. I was thinking about the full series but not thinking about the whole series. You know, I wanted to see how Lust would do. Who knew it would take me to where it is now.

LS: Because you started writing that as a collab, did you have to go back to Vicki at any time?

VCM: No, she didn’t write any part of it. So, I had done some of the writing with Candy Jackson. She was helping me because I had a lot of other projects on my plate. She only helped me with the first 25% of the book, so Candy did get paid for that 25%, and she got paid 25% for the movie.

LS: The Lifetime movies Lust’ and ‘Envy’ premiered with powerful ratings. These two movies are based on your book series, the 7 Deadly Sins. How did this movie opportunity come about?

VCM: I wrote the book for the Lust before it even hit the shelves with these movies. Simon and Schuster sent it out to the media for reviews. Patrick Bass, the book editor at Essence, read my book and loved it. He called Shaun Robinson, and he said, “You’ve been telling me you want to get into movies. I just read a book by Victoria, Christopher Murray. It’s her most commercial book ever. You need to call her and option this book.” Shaun already had my number, so she called me up. We talked a little bit, and she tells me she read the book. Then she said, “Okay, Victoria, I want all seven books. And I said, “Shaun, how are you paying me for seven when I’ve only written one. And she said, “I know you’re going to do the rest because of your history and your reputation, but I need a second one so that I start shopping it and telling people that there will be seven.” So, I wrote Envy, and she started shopping for them. It took her a year, and finally, the TD Jakes/Lifetime thing came together. I only had two books of the seven, and they looked at all of my past books and the quality of my work. They know the future quality would match the quality of the future books I have written. Lifetime said, “Okay, we will buy all seven if you write a third book. So, I had to write Greed before the deal with Lifetime could be done. Think about that. They bought seven books, four of which have not even been written. They knew that I would still deliver something that they would want. And so, I tell people, every book that you write lays down the track for your reputation, for your reputation in this industry. For what people are going to think and know about you. I’m most proud of the fact that they optioned books that haven’t even yet been written.

LS: Let’s talk Brown Girls Books. What is the vision behind the publishing company? How many authors do you have? What is the best part about being a publisher?

VCM: At that point, there weren’t very many publishers giving opportunities to new writers. When we started, ReShonda and I wanted to give opportunities to new writers. We had no idea how much work it would be. And it’s a good thing we didn’t know how much work it would be because we might not have done it if we had known. We both know this is what we’re supposed to do, but it’s not easy. And now we have 42 authors. The best part about being a publisher is giving people a chance who would have never had a chance.

LS: If you had the power to change anything about the literary industry, what would it be?

VCM: I would give more power to black writers. I’m currently doing a book with a white author. And I see the difference in the way white authors and treated black authors are treated. It’s something that you know, but to see it makes me very sad. Publishing is no different than the world. And if I could change anything, I would make it equal. It’s separate, and it’s not equal. And I don’t know if it’s a function of, they don’t think we show up enough in numbers. I don’t know what it is. But it’s sad.

LS: What advice do you have for aspiring authors?

VCM: There are two things that writers do. Writers you read, and writers write. I don’t do editing as much anymore. But when I was editing just by the way a person writes, I can tell people who read and don’t. Reading encourages, motivates, and teaches you. And the quality, nor the quantity of the words matter, all that matters is that you’re writing. And the final thing I would say is that once you get your book out, don’t wait for anyone to validate your gift. There are so many ways you can self-publish now, and if you get rejections, do it anyway. Do it yourself because there’s power in our pen. 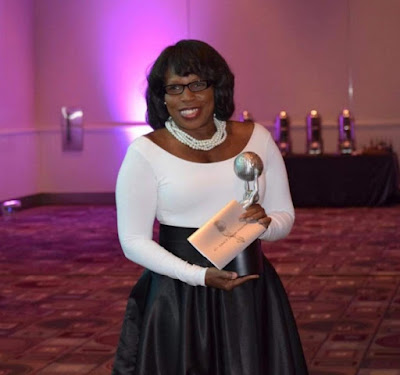 LS: What next for Victoria Christopher Murry, the brand, and the pen?

VCM: I have a new book that I am very excited about coming out in June with Marie Benedick. It’s historical fiction. The book is called the Personal Librarian, and it’s a fictionalized story about Belle da Costa Greene’s life. She was JP Morgan’s personal librarian. And what that meant at the time as she was the person who built his art and his manuscript collection. And if you go to New York, the Morgan Library is an amazing place. And she did that 100%. So, she was this very powerful woman at the beginning of the 20th century. Women didn’t even have the right to vote, and she was one of the most powerful people in New York. But no one knew until she passed away that she was black, passing for White. And not only was she passing for white, but she also had a very famous father named Richard T Greener, who was the first black person to graduate from Harvard. So they both became famous in very different ways. This is my first time writing historical fiction, and I loved writing it. 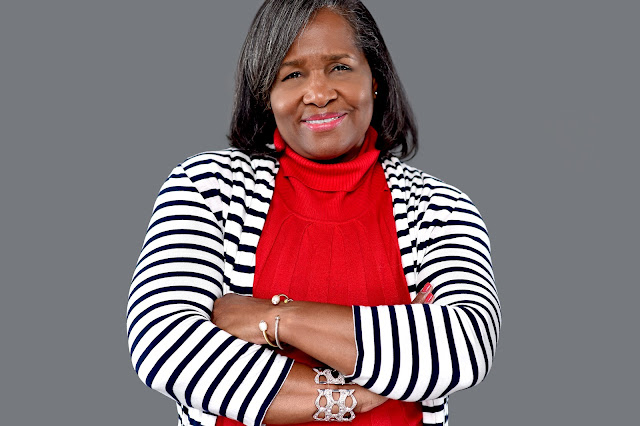