The Man Behind The Music And The Brand 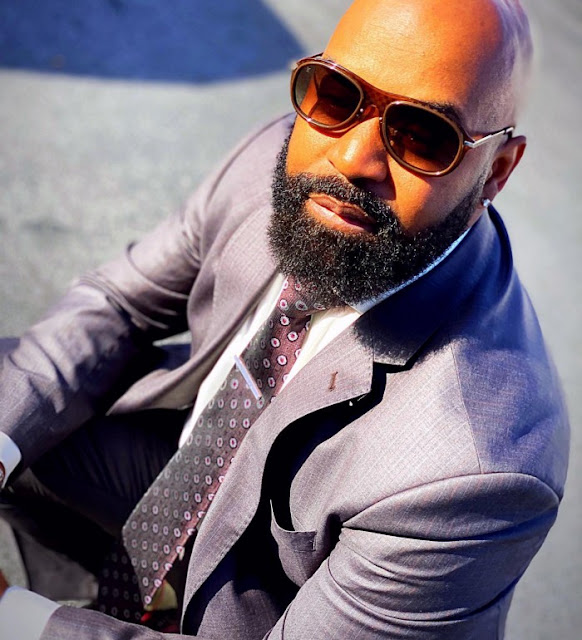 Ervin “EP” Pope is a mega music producer and film composer. Born into a talented musical family that was deeply rooted in music. Raised in Watts, EP still found peace in music living in a city that was plagued with gang violence, drug dealing, robberies, and murder. He began playing the organ for the church at the age of 16, saving every dollar he earned to buy studio equipment piece by piece. He continued playing for the church where he built on his skill to retain music while also developing writing skills. These skills allowed him to work as a session musician for Dr. Dre’s music label “Aftermath.”This was a huge accomplishment and a milestone that catapulted Ervin’s professional career into producing and playing for award-winning artists such as Michael Jackson, Jay-Z, Janet Jackson, Ne-Yo, Kanye West, Diddy, Brandy, Twista, Snoop Dogg, G-Unit, Common, Ben Harper, Scarface, Mack 10, Angie Stone, Rick James, Jamie Foxx, Swizz Beatz, and many others. His scoring and theme credits include Mission Impossible 3, My Wife & Kids, Classic Comic View, Starbucks, Deion & Pilar: Prime Time Love, Being Terry Kennedy, The Real World/Road Rules Challenge, Bad Girls Club, Khloe & Kourtney Take Miami, and Keeping Up with The Kardashians. Ervin owns his own production company, The Furnace Music Group, where he produces his artists and has successfully produced highly acclaimed projects of his own — including the soundtrack to the celebrated “Bastards of the Party” HBO documentary and three Smooth Jazz projects: “With These Hands” (2011), “Infectious” (2012), and “October 42” (2015). His latest accomplishments include executive producing hip hop legend Scarface’s latest release, “Deeply Rooted”, which gained critical acclaim from the most notable and respected music historians and outlets in the industry. “God”, a favorite track from that project, was featured on an episode of the popular TV series, “Empire”(2018). One of EP’s most recent and proudest accomplishments is an Emmy nomination for his original track, “You Gone Live On”, which was aired on the final episode of the stellar series “Unsolved: The Murders of Tupac and The Notorious B.I.G.”(2018) He is also The Game’s musical director and his band, The Furnace Band, has just completed its third world tour with The Game, a crowd-pleaser who continues to sell-out performances worldwide. Currently working on his 4th Independent Jazz project, “Anomaly.” EP was a voting member of the Recording Academy (Grammy) in 2019. He has created music with recording artist Maez 301, a promising multi-faceted rapper/singer signed to his production company whom he was also successful in signing to a production partnership with Strange Music, the number one independent rap label in the world.

EP: I would describe my musical ear as being a gift from God. I was fortunate enough to be exposed to many different genres of music early in my life which has definitely lent towards the development of my ear and my music palette.

LS: What does the power of your music mean to you?

EP: it just naturally flows for me. Strangely, it’s hard for me to pinpoint a time when I run out of creativity. I guess it’s because I’m fortunate enough to produce several genres of music. When I get tired of one I switch to the next. For instance, If I get burnt out on the Jazz project, it’s time to work on a film, then a HipHop project will come across my desk, by the time I have to switch hats again to learn or go over a song for Church on Sunday. If not that it’s time to hit the road and tour. I’m sure this prevents me from burning out. 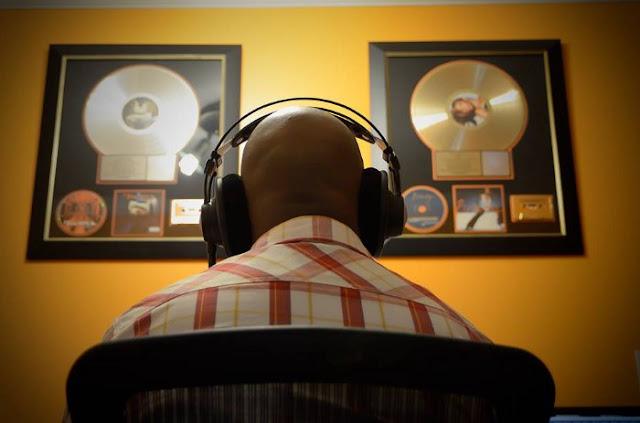 LS: What services do you offer?

EP: I guess a better question would be what do you need Music for? I Score Film and Television Music Production. I Produce HipHop, R&B, Jazz, Gospel, Pop, Alternative, Rock, and Blues. I offer Musical Directing and Live Band services for Touring and Local live shows or parties.

LS: You are a very accomplished producer and artist, you have been the music behind many popular sounds. What made you create the series Plaques?

EP: The Pandemic. I was sitting in my studio just thinking of a way to stay relevant while the entire world was paused and I looked to my left and saw my Jay Z Plaque and simply thought, there’s a story behind this Double Platinum Plaque. I’ve never seen it done. I’ll just tell my story and experience for each Plaque on the wall. After doing a few, ideas kept coming which made me dive deeper and include some of the motivation, inspiration, technical pieces, and supporting cast to the mix at the same time. That’s how the Plaques series was born.

LS: You have become a pioneer in the music industry, how does that make you feel?

EP: Completely humbled. It also comes with a sense of responsibility as well. I remember like yesterday fighting so hard just to be heard and so desperately wanting the OG’s to just listen or at least pass down some gems and wisdom. So here we are today where it’s on me to pay forward the same thing I so desperately needed in the beginning. 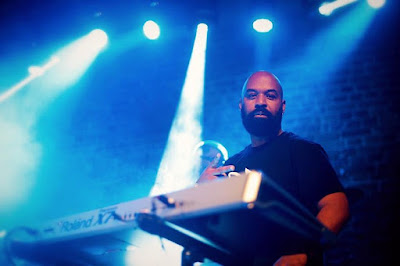 LS: Tell us about your latest jazz project, “Anomaly”? When will it release?

EP: Anomaly is the fourth addition to my Jazz catalog that is due to be released in the first quarter of 2021. It’s a blend of smooth jazz and hip-hop. I’m featuring several very talented musicians and singers that I admire most in which can be found on my previous Jazz releases. For a sample of what you’re in for, go to my very own Pandora Station “Ervin Pope Radio” where my previous Jazz releases live.

EP: The vision behind my music is to simply meet you where you are and lift you higher. My vision is to infuse quality and substance into every song or project I’m involved in.

LS: If you could change anything about the music industry what would it be?

EP: I would level the playing field. It would not be so political. Give more ownership to the Artist and Writers. Your success would be based less on popularity and more on your social impact and talent.

EP: Work as if you’re competing with the number one Artist on the charts and the Number one producer in the game, Cause you are! 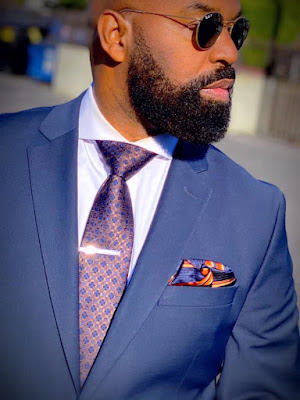 LS: What is next for EP Pope and Furnace? What will your top priorities be moving forward in your career?

EP: I’m currently developing a few shows for Television and Streaming Platforms. Instead of continuing to chase directors and writers to get music placed in Shows and Film, I’m creating my own content, owning it, and placing my artists and music production into the content.

LS: What would you say the secret to success in the music industry?

EP: You have to outwork everyone. It takes Patience, Consistency, and Relevancy.

EP: No! Where most would want to give up, I had something to prove.