Motivation: Mastering the Game by Swift 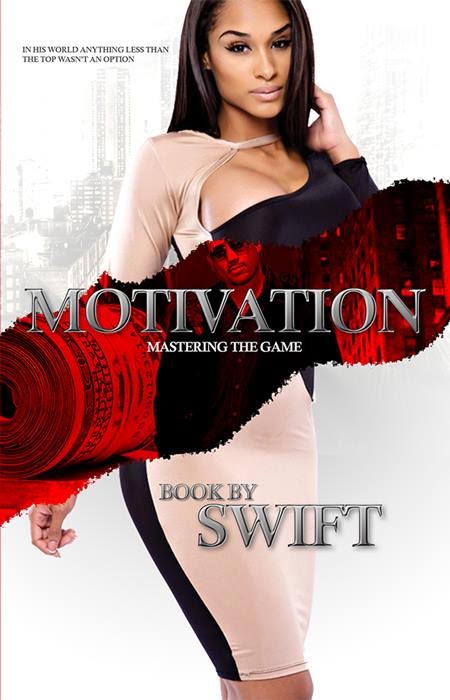 Motivation: Mastering the Game by Swift

Excerpt from Chapter 10
The ground was still moist from the rain a few hours earlier, which came down in sprinkles periodically throughout the day. It was almost 2am and Quesha was ready to go in. Today had been a slow one for everybody, but Key demanded that they stayed on the clock. Nobody was ever allowed to return to the room before 3am on weekdays, and today was a Tuesday.
She was a few blocks east of Canal when he noticed her. As he continued to stalk her from an alley just up the street that she was strolling, he prayed that she didn’t cross over. When he knew for sure that she would be passing. He slid up against the wall of the building careful not to alarm her as she approached.
He could hear her footsteps growing louder now. And as he seen trace of her shadow appearing he prepared himself for the grab. Just as she stepped past the wall he lunged at her placing his hands around Quesha’s mouth while pulling her towards the alley at the same time. It was completely dark now. He managed to drag her thirty feet as she fought for her life. She was trying her best to get a look at her abductor. Until finally he stopped, turned her around, and jammed the knife into her throat repeatedly.
“Bitch, you should’ve stayed in Milwaukee. This shit is real out here, don’t no nigga disrespect Smoove.”
She stared at him in shock not able to scream for help. He kept his hand over her mouth the entire time until her body went limp and she stopped breathing. Then he picked her up and tossed her lifeless body into the huge dumpster. Wishing, all the while that she’d been one of those two punks who had humiliated him and stole his bread and butter
.Paperbacks Coming Soon….. #RHP #GSTREET #QualityContentThatFulfills#urbanbooks pushing for a #bestseller ……Let's Go